Thank you for your business!You should be receiving an order confirmation from Paypal shortly.Exit Shopping Cart

Below are some pictures of GCS 50V taken during her time with Clydeside 2000 which later became Clydeside Buses, The first few photos show her in Clydeside 2000 livery. She was first painted in this livery in November 1991 and carried it until she was repainted into Clydeside Buses Yellow, red and white livery in June 1996. The last photo was taken in August 1996 and shows her looking smart in the Clydeside Buses livery. She spent most of this time at Greenock depot although was allocated to Inchinnan depot between January 1994 and May 1995.

In this photograph GCS 50V is pictured in the yard of Greenock Depot having returned after operating service 43 in Leven Road. As can be seen clearly in this picture, the Leyland Leopard badge has been removed from the front and has been replaced with the Clydeside 2000 fleet name.

In this photograph GCS 50V is pictured at Church Street, Port Glasgow whilst operating service 48 to Devol.

GCS 50V is seen approaching the Kilblain Street bus stance Greenock. This photo is taken a few meters back from the first photo on this page. Photo Copyright Bobby Black George 17 November 1995.

In this photo GCS 50V is pictured in Renfield Street, Glasgow. Although showing fleet number G750, she is operating an Inchinnan depot service 23 Glasgow to Erskine. This would suggest this picture would have been taken arround 1994 or early 1995. 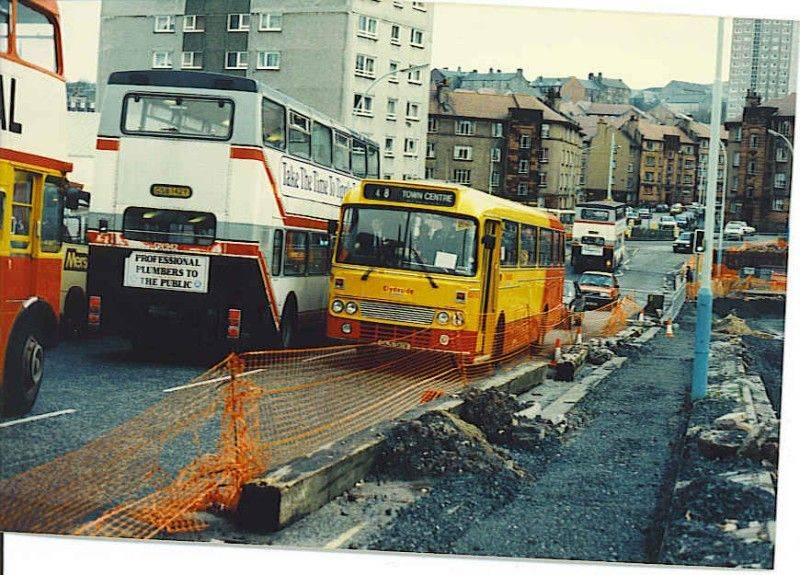 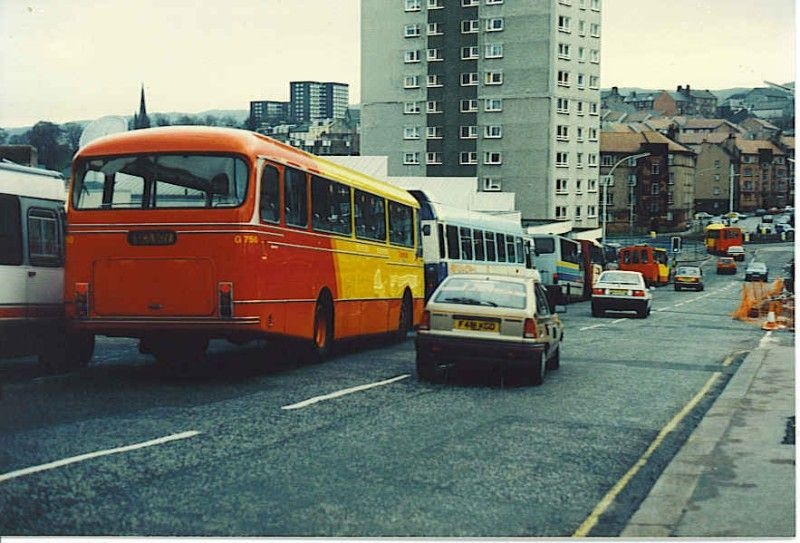 A typical busy day in Greenock's Kilblain Street. The picture on the right shows how the back of GCS 50V would have looked before the Bootlid was removed, you will also notice the Clydeside 2000 policy of displaying the fleet number at all four corners of the vehicle!

In this final photograph taken near the Bay hotel in Gourock, it can be seen that GCS 50V has now had the silver front grill repainted red followed by black. This would suggest this picture was taken after her return from Inchinnan to Greenock in May 1995 but prior to her June 1996 repaint into Clydeside Buses red, yellow and white livery.

The following photograph of GCS 50V was again taken in Greenock, this time in West Stewart Street. The picture was taken in August 1996 a few months after G750 was painted into the smart Clydeside Buses red, yellow and white livery. She is seen working service 585 which would take her on a long run down to Ayr through Largs and Irvine, not bad for a bus with less than a year to go in service before being withdrawn and sold! Many thanks to Donald MacRae for sending me the photograph and allowing me to use it on my site.